a) Any parent accepting an offer of a place at the school will be charged a deposit and this will be returned in full without interest when their child leaves the school, unless any balance owing to the school. Parents who fail to take up their child’s place will lose their full deposit.

b) The school requires not less than a full term’s notice in writing, received by the principal not later than three days after the beginning of a term before a pupil is withdrawn from the school. Failing such notice the full fees for the term following withdrawal will be charged. In the Junior Year, the notice period is two terms.

c) The school may in its absolute discretion require a parent to remove a pupil from the school whose attendance, progress or behaviour is unsatisfactory. In such circumstances, the parent shall not be entitled to any refund of the fees due or already paid. Nor shall any refund be due for absence due to illness.

d) The school reserves the right to require a parent to remove a pupil from the school if they knowingly fail to disclose important information about their child’s special educational, medical and social needs. Such information should be advised in writing at least four months before a pupil joins the school.

a) The parent undertakes to ensure that the pupil attends school regularly throughout each term (dates of which will be published well in advance). All pupils are required to participate in all school subjects including games and other out of school activities, including Saturday matches for school teams.

b) The parent undertakes to ensure that the pupil conforms to such rules of appearance, dress and behaviour as shall be issued by the school from time to time.

c) These undertakings apply equally to pupils over the age of 18.

a) During a pupil’s time in the school, the School Medical Officer shall have unlimited rights to give the pupil’s parents or guardian, the principal or other senior members of the teaching staff such information as he thinks necessary in the pupil’s or the school’s interests.

b) If a pupil requires special medical attention while at school, every effort will be made to obtain the prior consent of the parents or guardian. However, should this be impossible, the school will act “in loco parentis” for urgent treatment (including anesthetic or operation) recommended by a doctor.

a) Parents/guardians accept a place at the school for their son or daughter in the knowledge that data about pupils and their parents/guardians will be collected periodically and stored and processed to allow for the efficient operation of the School. Some pupil data is passed to outside agencies for educational purposes and to the Old Mid-Whitgiftian Association. A full list of the recipients of pupil data, the nature of the data transferred and the intended use of the data, is available for consultation on the school website and at the reception.

b) Parents/guardians accepting a place at the school consent to the School’s use of their child’s photograph and other information relating to their achievements, for promotional purposes. Such information may be published in school literature, on the school website or through other media.

Epistemo Vikas Leadership School is a part of Samaikya group of education and is one among the Best International schools in Hyderabad. The school follows ...
Read More →

Enabling children to think beyond the ordinary

While learning using memory is a common way of teaching children in most schools, enabling children to think beyond the ordinary is not as common. ...
Read More →

As parents, we always want what is best for our children and we also have their best interests at heart. We want our children to ...
Read More →

School is typically a safe space to not just achieve, but also explore. It is a place where children learn and grow and realize their ...
Read More →

Epistemo Vikas Leadership School is a part of Samaikya group of education and is one among the Best International schools in Hyderabad. The school follows CBSE syllabus. Epistemo Vikas leadership school believes in imparting a child’s transformation into a professional who is ready to take

Enabling children to think beyond the ordinary

As parents, we always want what is best for our children and we also have their best interests at heart. We want our children to be motivated, curious, and eager to learn. We also want them to be ambitious because the amount of ambition that

School is typically a safe space to not just achieve, but also explore. It is a place where children learn and grow and realize their academic potential. Teachers and parents both play’s a very important role in encouraging children to do their best. Also, parents

What is International Education and how it benefits your child

Leveraging Technology in Schools amidst COVID-19

This is a crucial time for India’s schools. With the lockdown due to Covid-19 in place since March 2020, schools have had to reinvent themselves in order to do what they do best…educate their students. They have done this by leveraging technology to provide the 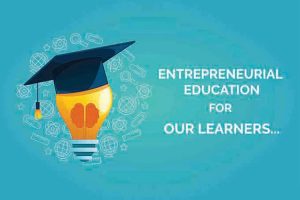 Entrepreneurial education for our learners…

Parents, caregivers and educators often wonder – are they doing enough for children to be independent and be prepared for the future? Are they challenged enough to go above and beyond? The answer to these questions is a learning environment that is fluid, dynamic, and

The assembly format has undergone a change, and henceforth, there will be a weekly assembly for 45 minutes which shall be conducted by the house on duty. The assembly shall include Prayer, special presentations or programs put up by the students, motivational speeches, prize distributions,

How should a school be for a child?

The right school for your child can make all the difference in their successful academic career. The good news is that there are many options in education. The bad news is that the abundance of options often leaves parents in a quandary over how to

The role of teachers in shaping children as global leaders

The students of today are the leaders of tomorrow. Nothing can sum up the importance of a complete education system better. Teachers play the most important role in shaping the society of tomorrow. The world is interconnected and the changing times emphasize most on leaders